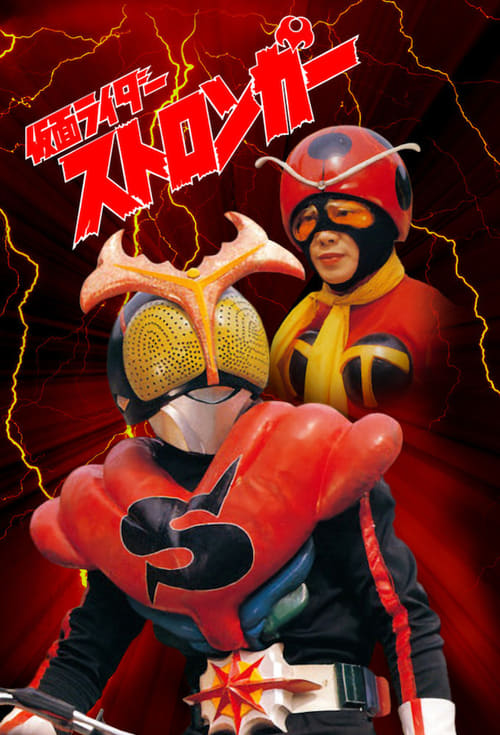 Shigeru Jo joins the evil organization Black Satan after the death of his close friend Goro Numata, who he considered his mentor. He, promised power, and fueled by a desire for revenge, undergoes surgery to become one of Black Satan's super warriors. However, Shigeru knows that Black Satan were in fact the murderers of his friend; he was using Black Satan in order to gain new powers. The newly powered up Shigeru escapes from the Black Satan headquarters before they can brainwash him into following their campaign of evil and becomes Kamen Rider Stronger. While escaping from Black Satan, Stronger meets Yuriko Misaki another cyborg warrior created by Black Satan who has the ability to transform into Electro-Wave Human Tackle. Together they fight the evil Black Satan and later the Delza Army to restore peace in Japan.